A History of Trust

How Can We Help You 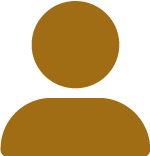 Apply for a Home Loan

At First Community Bank, our roots run deep. Starting in 1936 as First National Bank in Clinton, KY, we formed strong ties to this small town along with many of the neighboring communities. The sound relationships that were formed in those early developmental years continue to be an important part of our success.

A vision for the future.

With the addition of these new Banking Centers and their staff, First Community Bank of The Heartland is truly reflective of who we are. We are a Community Bank at our very core working hard to deliver the best possible banking experience to the Heartland. Our name is genuinely representative of both our place in this great nation as well as the core strengths on which we do business.

If you are seeking a bank where service is a top priority, we invite you to meet with one of our bankers and become a part of the FCB® family.